The final from Game 6 lingers on the Fenway Park scoreboard.

Mayor Thomas Menino says a few words in what will likely be one of his final acts as an employee of the City of Boston.

The view from Grandstand Section 12. 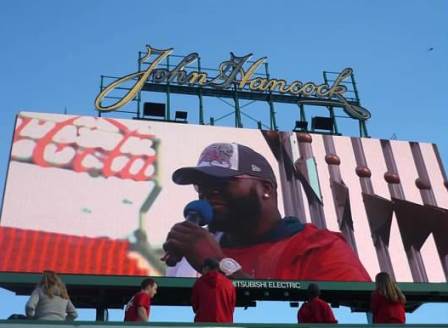 After a long summer of pitch counts and situational splits, there is only one statistic left to post on the center-field scoreboard.

The NESN crew and that moment when Dennis Eckersley realized people could see into the duck boat just as well as he could see out of the duck boat. Don Orsillo offers a tentative wave.

And then there’s Jenny Dell. What a ham. 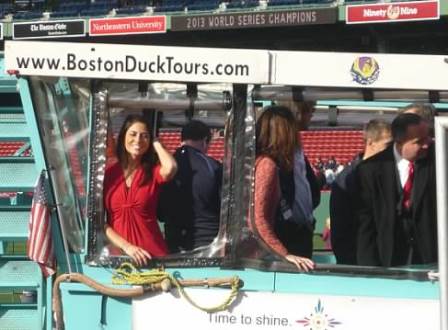 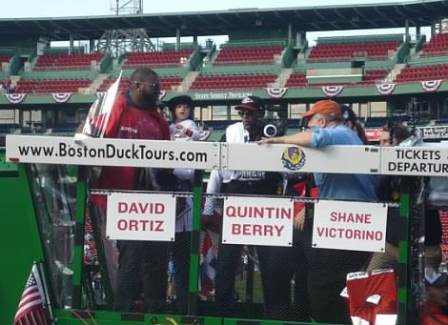 The Red Sox alumni paced themselves for a long afternoon.

Will Middlebrooks and David Ross. 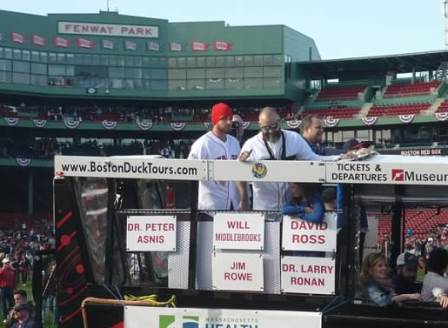 And of course, bullpen cop Steve Horgan, who may never put his arms down again at this rate. 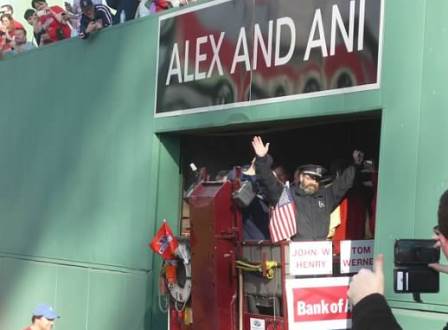