Season ticket-holder Edith Coakley knows the feeling all too well. The nervous anticipation, ticket in hand, as she nears a turnstile to enter Boston’s baseball cathedral, Fenway Park on many a warm summer’s day.

It should be a feeling of excitement and euphoria. Instead, all she can do is fret anxiously as the gate attendant goes through her canvas carryall. Don’t find the eggplant, please. For the love of God, take away my carrots, but stay away from the eggplant.

“I find the ballpark food options to be a bit too predictable,” Coakley explains. “So I’ve been bringing in my own vegetables for years. Fresh cherry tomatoes that you can pop in your mouth instead of stale Cracker Jacks or peanuts. Trust me, on a hot summer’s day, munching down crispy cucumber dices is so much more refreshing than eating some $5 frankfurter that’s been soaking in lukewarm toilet water for the past four hours.”

Her wisdom may be far from conventional, but the organization has finally caught on. The ballpark vegetable craze is no longer mere fad, limited to the over-industrious, enterprising health-nut minority.

Earlier this week, the team announced that this season will serve as the inaugural year for “Fenway Farms,” an on-site vegetable garden that will grow all the family favorite herbs and vegetables: green beans, kale, cucumbers, tomatoes, eggplant, pea shoots, parsley, oregano, cilantro, mint and countless other edibles.

Homegrown products from Fenway Farms will be sold at concession stands and used as ingredients in food offerings. The team will also donate some beans and leaves to local needy school children.

For most fans such as Coakley, this is welcome news.

“No more weird glances when I pull a big-ass squash out of the front of my half-unbuttoned Nomar Garciparra jersey!” she rejoices.

As Loraine Smith from Seekonk put it, “Raw vegetables chock full of vitamins and a revamped Sox lineup chock full of raw power. What more can we ask for as Boston fans?”

John Hammond from Wellesley: “Some people are saying kale is just having its moment right now. That it’s a fad. That it’s a fluke or whatever. Well guess what, people said the same thing about David Ortiz in 2003.” 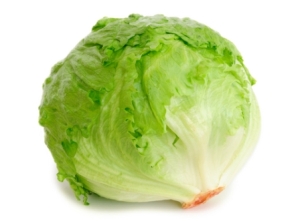 One club official also confirmed to Fenway Pastoral that there is serious charity auction potential with Fenway Farms. “We have some stuff up our sleeves. For example, fans may enjoy our plan to sell to the highest bidder all heads of lettuce resembling Mark Bellhorn. These will become instant collector’s items and a portion of the sale proceeds will go to the Jimmy Fund.”

Fenway Farms is a worthy endeavor indeed. However, as with everything good in life there are drawbacks. As part of the team’s plan to enter the lucrative farmer’s market industry, it confirmed it will be forced to crack down on fans that continue to insist on bringing outside veggies  into the park on gameday.

“We cannot have unauthorized contraband cauliflower and cukes floating around the bleachers,” said one club official. “It will compromise our business model and I think fans will hopefully understand and accept that.”

Unfortunately, with Opening Day looming on Monday, some fans are planning to fight back.

“These damn big government liberal hippies want to control my every move. This is Agricultural Big Brother gone mad,” said Pete James of Hanson. “I have a right to choose where I acquire and consume my veggies. This is un-American and wrong. So long as this is still the U.S. of A., I plan on chopping my own broccoli fresh in the comfort of my grandstand seat. I’d just like to see them come try to stop me.”

Ray Holtz from Framingham: “This is your garden variety capitalistic get-rich quick scheme. Entice a captive audience with delicious vegetables and make them pay an exorbitant mark-up. Seen it a thousand times. John Henry is just lining his pockets with the money he prints and you just know he’s keeping his pretty fancy boy self trim and his bowels regular with all that free kale.”

This entry was posted in Fenway Park, Red Sox. Bookmark the permalink.