1. Xander Bogaerts starts and he will work himself into multiple full-count at-bats.

2. The offensive breakout continues for both sides. Neither Jon Lester nor Anibel Sanchez will look sharp and each will allow at least four earned runs in six innings.

3. There will be a total of five double plays turned in the game. Stephen Drew will have his right foot on second base – at some point anyway – during two of them.

4. The game will take more than four hours to complete.

5. Tigers CEO / GM Dave Dombrowski will finally let out the massive fart he’s clearly been holding in since the late innings of Game 1 at Fenway Park. The results will be disastrous. 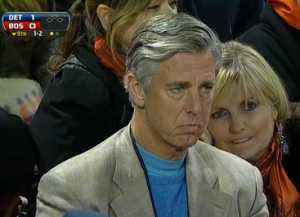