Local man: Where Gronk ranks on list of most prolific beer drinkers in Boston sports history

CARVER, Mass.–I know everybody in the New England area is all up in arms over how cool it was that Rob Gronkowski chugged a few beers while on the Pats’ victory parade route yesterday. It’s amazing what a couple Natty lites’ll do for ya rep. The guy is a freaking hero for what he did this year. And he obviously knows how to have a good time.

But I gotta say right now honestly and truly – Gronk has got a ways to go to become a party legend in my town. A long way.

Let’s start off with the most obvious problem with annotating Gronk with the Greatest Boston Boozehound of All Time monikker. He can’t even burn a candle near Wade Boggs. We all know by now how much Wade drank back in the ‘80s. A buddy of mine taped that episode of Always Sunny in Philly with him in it and there was an entire storyline about Boggs and how he’d drink about two thirty racks on airplanes. Think about that – an entire episode of a TV show, aired two decades after he retires, talking about how much Wade Boggs could drink. 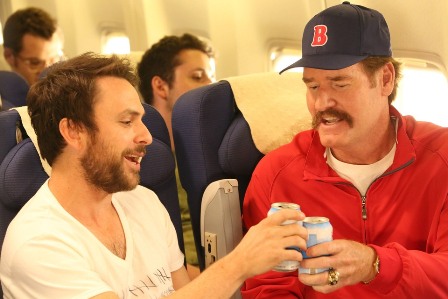 Not for nothing but those 50 to 60 beer estimates people talk about are real numbers. They stood the test of time. And Wade’s drinking came from a lonely, dark, disturbing, and depraved place Rob’ll probably never have to deal with. Boggs didn’t pound beers while celebrating any World Series titles by rolling down a duck boat on Boylston Street. He was sneaking them on road trips, in his hotel rooms and in the clubhouse to quell his constant need for sex. Wade wasn’t dancing on stage at some nightclub with broads hangin off his arms like Gronk. He was drawing the shades in some seedy hotel to – lemme not get too graphic here – throw a quick one into a married woman.

Put it this way. We all knew he slammed ’em back when he was a Red Sox, but the only visual evidence Wade liked the sauce was in cartoon form. That’s frigging eerie. 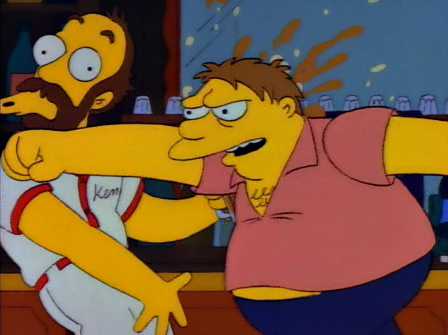 So while I don’t doubt Rob parties harder than Wade did, let’s not get carried away by a few token acts of shotgunning. Wade treated every Marriott and Hilton room he stayed in from sea to foaming sea like it was his own private Duck Boat parade with beers.

There are a few other guys that’ve passed through town that could probably drink Gronkowski under the table.

Larry Bird? That guy drank like a fish and played 82 games a season, not 16. That’s a lot more running and it’s a lot harder to sneak a quick puke in during a timeout on a basketball court. Larry was the first (of many) high-profile stars to tell Dan Shaughnessy to fuck off because Shank wouldn’t stop asking him about some bar fight he got in.

The Boston Bruins, 1970-present. There’s a big difference between a fun drunk and a mean drunk. Guess who’s who when you talk about comparing Rob with just about any Broon? 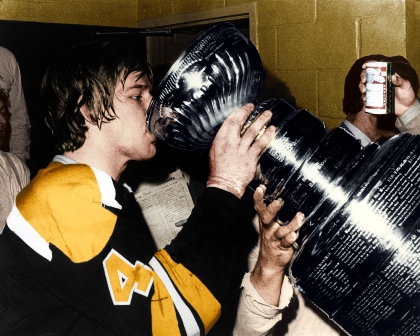 And let’s not forget Bobby Lobel, Channel 4 sportscaster extraordinaire. The entire CBS network couldn’t have supplied enough on-air make-up to hide that guy’s gin blossoms. But he always kept it ultra professional and was always real functional. By the end of his career he got smart – he just started doing his shows in bars. Made things easier I bet.

Koji Uehara. That’s right! Koji. We totally sure this guy doesn’t have some sort of stomach of steel like his Japanese brethren who are always winning those hot dog eating contests?

Some former Sox pitchers from a few years back? Yeah, guh, think I heard a thing or two about that. The horror. And well, hell, even Jonny Gomes was publicly treating beer cans like footballs a year and a half before Gronk was able to get around to it. Just saying – this is not open and shut. I’m sure I’m forgetting a few. 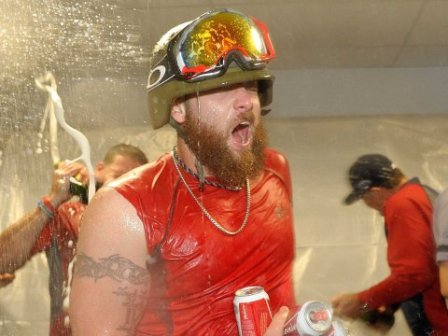 In closing, I just wanna say Rob’s great. Love the guy to death. But let’s make the guy pay his dues here. He’s been here for five years. The guy’s got a chance to be a legend, but longevity and durability count. Let’s hold off on naming any tunnels after him just yet and see how quickly this guy gets back at it once that hangover sets in.

Lifelong Massachusetts resident Francis Flynn and site contributor is an avid Boston sports fan. He is known for his affinity for Heidi Watney and his occasional game stories. Flynn has agreed to take time out from his life’s work maintaining his cranberry bog to answer one pressing question per week for Fenway Pastoral.