Clay Buchholz’s Love Doctor Mailbag: Spring is in the air

These days, Clay Buchholz will do just about anything he can to keep his libido in check. (Photo from the Boston Herald)

Periodically, he imparts insight and wisdom from his days as a bachelor to Fenway Pastoral readers.

Clay,
Some photos recently surfaced in which Terry Francona can be seen out and about, enjoying the nightlife with a 20-year-old broad? I’m really grossed out by the whole thing. I hope the rumors aren’t true and this is all some big misunderstanding…

Judy, you sound like you’re pretty old-fashioned. Terry Francona is an icon around here and if he’s gotta exorcise a few demons by dating some younger locals, I think he should do what he needs to do. Personally, I’m really glad to see him land on his feet so quickly. I have some of that really pungent body spray leftover from my single days. (Known fact: Cheap, artificial scents tend to drive girls conceived either during or immediately after Mike Greenwell’s heyday absolutely wild.) I think I’ll send it over to him just as a sort of ‘Hey, what’s up, Terry. Hope you’re having fun out there’ kind of olive branch. He knows my number if he’s got any other questions.

Clay,
For Valentine’s Day, I bought my girlfriend one of those commemorative bricks for Fenway Park’s 100th Anniversary. I got it engraved with our full names and the date of the night we first slept together. I figured that the next time we were at a game together and stood waiting in line for a Fenway Frank beneath the right field grandstand, we could have gotten our picture taken next to it. The only problem is we broke up a couple days ago and the Red Sox have already commissioned the brick for their … um, big wall of bricks. They are refusing refund. Help.

Clay,
Is it just me or does Jenny Dell (NESN’s replacement for Heidi Watney) look an awful lot like John Henry’s wife, Linda Pizzutti. 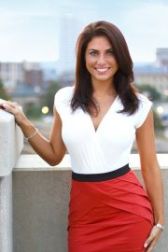 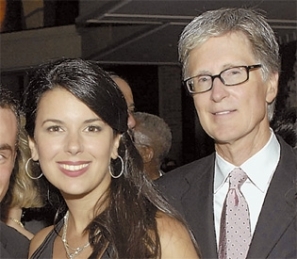 I’ve seen both these broads in person and I can honestly say their faces would be difficult to tell apart in a dark strip club after a few pulls of Grey Goose. Anyway, Mr. Henry’s been going around camp telling people that he was opposed to the Jenny Dell signing because he didn’t think the organization needed another brunette. I guess the NESN people thought otherwise.

Clay,
How weird is it that the local media can’t get over the fact that some players haven’t sufficiently “apologized” for knocking back a few brews and crushing a few breasts of chicken in the clubhouse last year? I mean, these guys on the radio and in the newspapers sound like a bunch of needy broads, don’t they?

As players we gotta deal with reporters on a daily basis for seven months. They just need some reinforcement that what they do makes some kind of difference. And sometimes they just need a little bit of affection. So, yeah. I see where these dudes are coming from I guess. A couple days ago I put a soft hand on some newspaper columnist’s shoulder, looked him in the eye for a couple seconds, and said “Sorry about all that stuff that’s got you all upset, boss.” It was a nice moment, I think. Being well-experienced in treating a lady with tenderness has helped me keep a good rapport with the Boston media.

This entry was posted in Red Sox and tagged Clay Buchholz. Bookmark the permalink.

One response to “Clay Buchholz’s Love Doctor Mailbag: Spring is in the air”